Welcome to the first post. If you read this retrospectively in a world where this is no longer the first post… Then I am sorry to inform you that you have reached the end of this blog archive. Feel free to be sad or move along to something more meaningful.

If you indeed happened upon this blog in its infancy, when this is the only post… Then I am sorry to inform you that there are no more posts, and this post is also quite boring. Move along, nothing to see here.

To really get started with this first post I would like to entertain you with some bits and pieces of homespun philosophy:

Having started on this rather silly note… Allow me to contrast with a very serious picture of me: 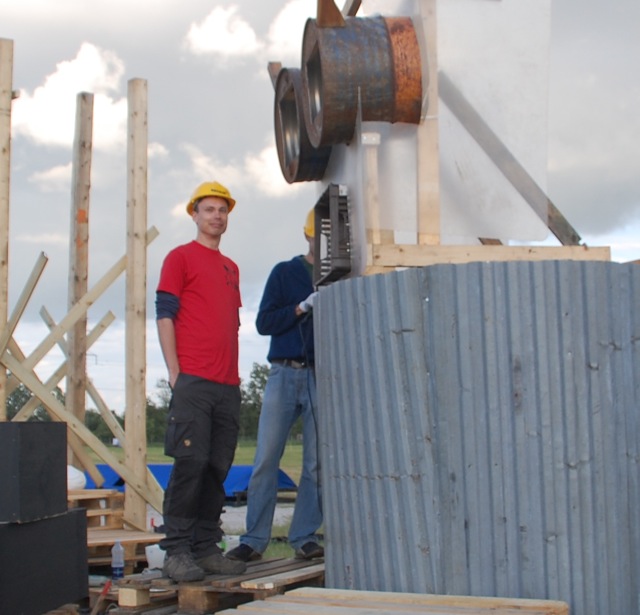 I am a physicist by education, and the blood of the natural sciences runs deep in my veins. However, as a scout I have flirted quite a bit with project management, leadership and administration.

I have a strange fascination with writing computer code. I have been told that my grandfather – who was an engineer using early mainframe computers – could suddenly stop whatever he was doing, and then try to solve a computer problem for hours before returning to the task at hand… like eating or clothing. I do not think I have inherited that character flaw, but the fascination is definitely there.

I also have a small family. My girlfirend and I have a 2-year old daughter, which in the most wonderful way takes up most of our spare time.

I tell you all this to warn you that any subsequent posts are probably going to center around the four themes: Physics, Scouting, Programming and Parenting. In what proportions these themes will feature, I am not quite sure as of yet.

To finish this post let me tell you the reason for actually writing this blog. It is in fact somewhat lame (as is the reasons for most real world projects). So let me divulge you in my lameness:

I used to have a static html homepage which mainly hosted my wish-list. I then stumbled upon Octopress which works by compiling all posts to static content, and in my case serves it to you via github. I became fascinated with the setup and one sleepless night later my old site was migrated to Octopress. The blog was baked into Octopress, but I do not know why I did not remove it then.

Over time I got annoyed with the empty homepage… so slowly, in the back of my brain, I began to consider the possibility of actually writing a blog… and this night then just happened to be the time where this possibility was violently born into the world as a fact…